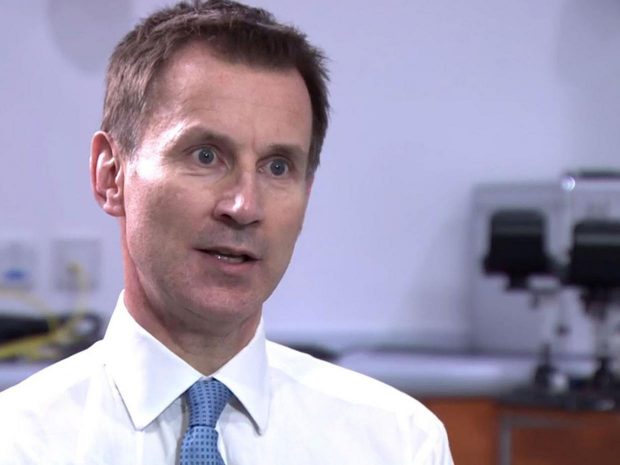 One of the few positives to note about Jeremy Hunt’s perennial tenure at the Department of Health, is that he’s actually been there long enough to witness his own policies, and rhetoric, unravel.

Take the decision last year to scrap bursaries for student nurses. At the time it was obvious to seemingly everyone outside of the Cabinet that encumbering future nursing students with huge private debts would harm applications and jeopardise recruitment, not free up 10,000 new places as was spun at the time. Now the figures are bearing those warnings out – applications for nursing and midwifery training places for September are down 23% year on year. Of course, it wasn’t entirely down to Hunt – if anyone could pluck David Cameron out of the cosy lifestyle in which he’s now ensconced, we could ask him too.

Then there’s A&E. Countless warnings over the years have been largely dismissed with casuistry and creative number-play. It takes a leak to the BBC to reveal that January’s A&E figures are likely to be the worst ever, with emergency departments falling dramatically short of their targets throughout England. Take your pick from the horror stories: the 500,000 hours spent by paramedics waiting to get into A&E; 12-hour waits for beds; photos of chaotic corridors reminiscent of, well, the last time the Conservatives were in power. In short: with each year that passes with Jeremy Hunt in charge of the NHS, A&E departments in England get steadily worse.

With each year that passes with Jeremy Hunt in charge of the NHS, the proportion of doctors staying on after their first two years of training declines. Figures released by the Foundation Programme – the two-year bridge between medical school and a specialty or general practice training – reveal that the proportion of doctors passing straight from the programme into their specialty has fallen every single year since 2010 – from 83.1% then to 50.4% last year. Fearful news for the future prospects of a profession already battling low morale and poor retention.

Then there’s the question of financing. There’s the report by the National Audit Office last November, which described the NHS’s money problems as “endemic” in the system, revealing two thirds of English trusts to be in deficit and total debts tripling in just a year. At the time the commons public accounts committee chair, Meg Hillier, described the government’s plan to turn it around as “pie in the sky”. Or the latest Quarterly Monitoring Report by the King’s Fund, also in November, which revealed a 29% yearly increase in the number of bed days lost due to problems with discharges, and the worst ambulance performance figures on record in September.

Speaking on the Today programme on Friday morning, Mr Hunt said that he finds all of this “incredibly frustrating”. “I’m doing this job because I want NHS care to be the safest and best in the world,” he told Hugh Pym.

Perhaps then he should listen to the advice of patient safety specialist QC Sir Robert Francis, who speaking to Health Service Journal this week warned that the NHS is facing an “existential crisis”, and that unless something is done to take the pressure off hospitals, another Mid-Staffordshire hospital scandal is “inevitable”. Or he could take the advice of thousands of campaigners and health economist who warn that the planned closure of up to one in six A&E departments on financial grounds might not be the best idea right now.

How much longer Mr Hunt will last at the DoH depends rather on how much more of his own bad news he’s willing to listen to. Warning after warning, that cutbacks are making the health service not more efficient, but dangerously less so have been largely ignored. Instead we are told by Mr Hunt we should be “learning from the A&E departments that have been coping well”. With health spending per head falling in the long term and swathes of emergency departments at risk of closure, these may be difficult to find before long.