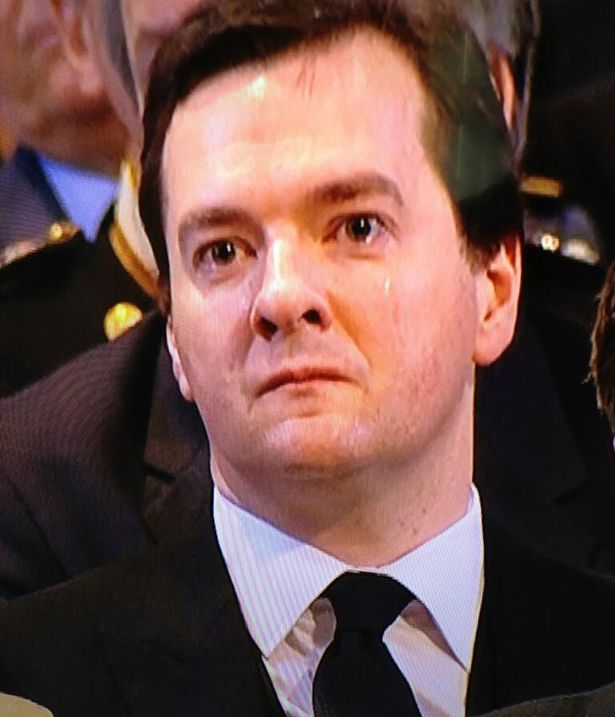 The grey skies over Britain were a fitting tribute to Maggie as she sucked a final helping of Britain’s resources down with her into the darkness.

It was a gratuitous day that wrapped up a fortnight of a very modern, cynical type of grief. In reality her death changed nothing: the Lady was long gone, but it said so much more. About the world she has shuffled off, the grey she leaves behind.

Those who still revere Thatcher choose only to look at what came before her, the rest of us see what has followed.

We see a gradual seeping out of the colour that filled a rich picture of enfranchised British towns and cities, each with its unique blend of local indsutry and manufactured goods.

We have watched with a dull, tired anger the growth of a whole generation of Thatcher’s spawn.

A tide of apathetic PLCs and vast unaccountable funds. Anonymous investors suckled on a diet of gratuitous profit, whose influence have seeped into ever corner of the economy.

Across a nation of high streets indistinguishable from one another, filled with the same old selection of retailers run by uninspired corporations serving uninterested shareholders who equate diversity with risk.

We scratch our heads as we see great British companies bought up by foreign corporations rather than the great British share-owning democracy they were meant for. Almost all the public utilities once owned by the British public have been broken up and sold to international companies, as have Cadbury’s and Gatwick Airport to name but two.

There has been a gradual ripping off of power and rights from millions of weak expendables, heaped onto a tiny unaccountable elite. A gradual loss of the principles of co-operation and community and a rise of deep-set cynicism and grasping egotism.

The Conservative party is transfixed on the notion that Thatcher saved Britain, itself a fuck you to the millions who feel they were the victims, the sacrifice, of her only solution. 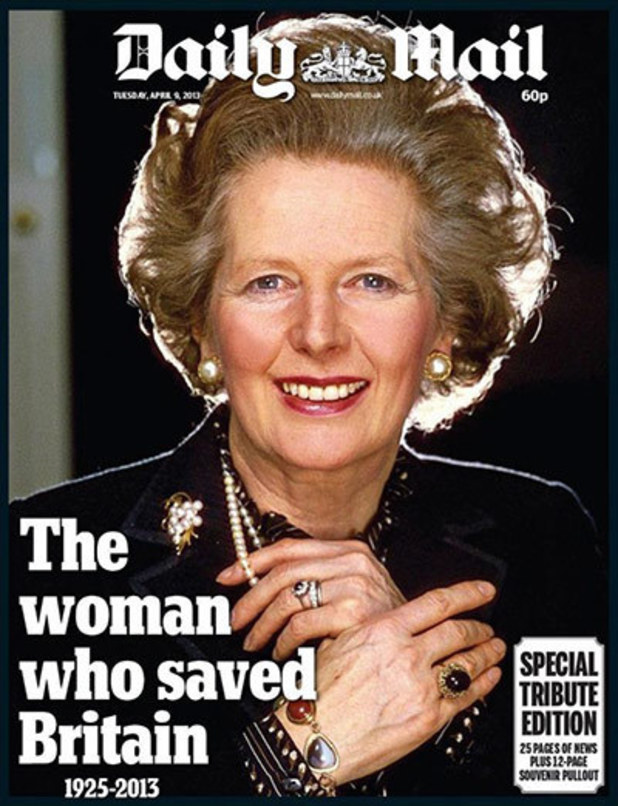 Very few on the right wing acknowledge the fatal flaws of the financial big bang she sparked. Which set millions of protégés in the city free from the shackles of risk aversion and personal liability.

Very few Conservatives mention, or care, that inequality doubled under her reign, unemployment rocketed, the number of children living under the poverty line doubled a figure which tripled among pensioners.

Yes there were major problems throughout the economy and they weren’t going to fix themselves. But it was the callous apathy for the consequences of the solution that is so sickening.

The heartless disregard for the lives of all but small select groups in the City of London and the south of England.

I’m glad she lasted as long as she did, to see these sickened seeds finally sprout as weeds and mutated crops, however unlikely it was that she could grasp, or bear, the reality of them. How strange those last months and years must have seemed. Shuffling bloated and remote through a cruel world she helped design, with frightening flashbacks from fiercer days returning unannounced.

Perhaps mental oblivion was a blissful blinkering. It would have been far too painful to watch lucidly as the children she nurtured grew into such corrupt and misguided creatures, destined to collapse publically in humiliating fashion and shuffle cap-in-hand back to the street where they were born.

But it isn’t all bad this modern world. In a way that would have cheered the Lady on, her successors are making ordinary people pay by tearing down the structures that support them. With all the zeal of their great mentor, Cameron, Osborne, Gove and others vengefully slash away at the public sector as if it was the cause of the crisis, while the real criminals slope away.

For those loyal lapdogs who once gazed up in Oedipal-awe at Thatcher, stiffened by her power, the wet-dream is over. Her lasting legacy, the grey under which she departed, is partly her own doing.

The City has taken this long to be exposed as a dog with an insatiable appetite for profit, eventually floored by its own gluttony for the toxic and the sub-prime. And with the industry and manufacturing that once powered an economy now long-gone, there is no back up plan.

So as the economy slouches on under grey and dismal skies, the poor and blameless once again pay the terrible cost while the rich and privileged survive. What could be a better tribute to the Iron Lady than that?