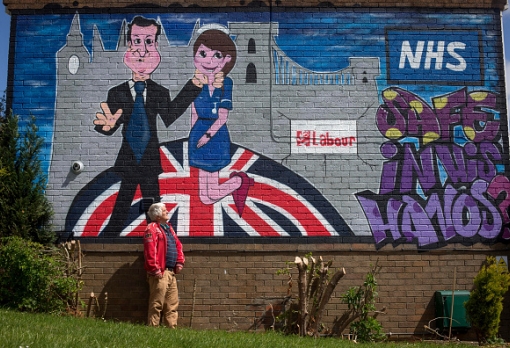 This article appeared in the New Statesman on July 1st 2015

Staffing: the time bomb at the heart of the NHS

There’s an unnerving continuity at the Department of Health: a maddeningly consistent split between two realities. First there’s what’s going on in the wards, in the hearts and minds of the profession. Then there is what ministers like Jeremy Hunt and Ben Gummer say at the despatch box.

The DoH must be aware, for example, that on Tuesday the Royal College of Nurses (RCN) voted 99.4 per cent in favour of a motion to lobby to reinstate the investigation by the National Institute for Clinical Excellence (NICE) into staffing levels, scrapped by Simon Stevens earlier this month.

It was one of the urgent recommendations of the Francis Report after Mid-Staffordshire: someone needs to look into safe staffing levels, now. Not long later, NICE got on the case. Results had started to come in, guidance was being formulated.

Jeremy Hunt, Ben Gummer and others must know that the RCN, safe staffing campaigners and other experts were incensed by the decision to halt this investigation, announced by Stevens without warning in a speech to the NHS Confederation in Liverpool.

But in case they missed it, the full wording of the RCN motion was pretty unequivocal:

“That this meeting of RCN Congress deplores the decision to halt the current work by NICE on safe staffing and calls for RCN Council to lobby for the reversal of this decision that puts patients at risk”.

I suspect NICE is furious, despite the acquiescence in its press announcement. You might think that the government would be angry too. After all, the supposedly autonomous NHS England has just decided to scrap an independent investigation the department commissioned, and take it all in-house.

Not a bit of it at the dispatch box last Wednesday. According to Gummer, everything is just fine. It was the right decision; the RCN is wrong.

Only Simon Stevens can say why he decided to cut NICE off mid-investigation. One school of thought is that the government doesn’t want proof that it isn’t investing enough in staffing or recruitment. NICE after all is an independent body; the same can hardly be said of NHS England.

It doesn’t do much for nurses and doctors’ morale, such as it is, when NHS England decides to ignore a very sound recommendation from the Francis Report which would have spelled out what they already know – that they need more support and proper investment in staffing – yet upholds another which, in effect, lays the blame for clinical errors on nurses and doctors and insists they personally apologise to patients.

The timing is very interesting, too. The reports that NICE had produced had both squarely said that staffing levels were falling behind. The latest guidance on A&E levels was, a source tells me, “weeks possibly days from being published” when NICE was told to stand down, and would have starkly laid out the correct nurse-to-patient ratios in A&E.

Speaking to me last week, RCN head of policy Howard Catton said: “The NICE guidance that had been published already exposed where there are shortages and called on more recruitment; the A&E report was likely to say the same”. But that’s all academic now; that guidance will never see the light of day, thanks to Simon Stevens’ decision.

Whatever the reasoning was, to put it mildly, nurses doesn’t approve. Nor does the Safe Staffing Alliance, which campaigns for sensible levels of nurses working in the wards.

Speaking to me last week, Safe Staffing Alliance chair and registered nurses Susan Osborne CBE, said: “The way this was done was scandalous; nobody could believe it when they heard. There was no consultation at all, it was just announced”.

Two distinct realities have formed in healthcare politics. In one exists the medical profession, furious at this and countless other ‘reforms’ to the NHS. I’ve quoted them, many times, and I will keep doing so until I’m blue in the fingertips.

“There are deep concerns now,” says Osborne, “that this has been done on a cost basis, that this guidance has been shelved at the risk of patient care and staff levels. Frontline staff are saying they are operating on unsafe levels, but there are lots of decision-makers who are afraid of sticking their heads above the parapet to say that”.

Speaking at the RCN conference last week, Jason Warriner, who sits on the union’s Public Health Forum, described the NICE decision as a “huge step back for nursing”. He said: “The government has ignored nursing and ignored our calls for patient safety so we can deliver high quality patient care”.

In the same session it was revealed that nurse-to-patient ratios have reached one-to-14 in the worst cases when they should be more like one-to-five. Citing this, RCN member Mark Boothroyd told delegates that “huge swathes of the NHS are staffed to unsafe levels”.

He continued: “We should be outside the Department for Health every month protesting, demanding they reinstate [the NICE] research and create mandatory, minimum staffing levels until we get them. It’s imperative we act now”.

In another reality altogether, there are NHS England and the government, carrying on regardless, immune to the pleas.

Let’s take another example from the last week alone: the new rules from the Home Office to deport non-EU migrants from the UK if they don’t earn enough money. First there is the profession whom this will “choke” as Catton puts it, with the loss of up to 7,000 registered nurses. RCN chief executive Peter Carter bemoaned the decision, which he said was “immoral, illogical and hugely wasteful”.

You might have thought that a comment like that from the head of the country’s largest nursing union would make a Prime Minister stop and think. Not David Cameron, who brushed the comments aside and refused to admit nursing is even facing a shortage.

I find it excruciating to watch these split realities at work. Doctors and nurses protest against the Health and Social Care Act, the government ploughs ahead. The government (rightly) talks about integrating health and social care, then slashes budgets for local authorities. The profession cries out for proper investment in the service, the government adopts a plan that requires £22bn of cuts. Countless experts highlight the dangers of forcing trusts to spend precious resources on a phoney internal market, what do they do? They crank up marketisation.

Faced with a skills shortage in General Practice, the government calls for a seven-day service that would require 5,000 more GPs. Frontline medical staff repeatedly and consistently tell the government that their departments are understaffed, the government introduces rules to deport thousands of existing staff. And now, the government first commissions an independent body to look into safe staffing levels, then NHS England sacks it half way through the project.

The latter is particularly remarkable for the questions it leaves unanswered. Why not allow an independent body to look into staffing? What was going to be in the A&E report, now consigned to the shredder? Why did NHS England not want to hear what NICE was going to tell it? What provisions have been made within NHS England to carry out the same work, and is this already in place? Did the DoH know this decision was coming? And most importantly, will NHS England make the right recommendations on safe staffing levels, and when can we expect to see this?