The Corbynite legions have become the Tories’ most valuable allies

In a less surreal political era the sudden forced resignation of the Conservative Prime Minister would be a moment of panic for the Tories, and a golden opportunity that Labour would have jumped on. But nothing is quite as it should be now we’re through the political looking-glass.

On one bizarre Friday morning alone we witnessed as many as six impossible things before breakfast. A little over a week later the UK is poised to leave the European Union; the faction of the Conservative Party which prompted the divorce is in the ascendancy both in the party and the country; and with victory in an almost inevitable early general election, the hard-right will dictate our future relationship with Europe and the shape of a post-EU Britain.

There’s a part of me which suspects that, in some ways, the Labour leadership is secretly celebrating Brexit. There’s an even more uncomfortable notion lingering in my mind that Corbyn and his supporters don’t actually want to win power back from the Tories; that Labour now has a leader who doesn’t even want to be Prime Minister, backed up by a movement that would rather exist in perpetual, demonstrative opposition than bear the responsibility of government.

But assuming I’m wrong and Jeremy Corbyn dreams of one day standing statesmanlike outside No.10, of facing down Putin and Merkel in heated negotiations over national interest, and of taking on those belligerent bankers in the City, in order to win a majority in Parliament of just one MP in the next election, whenever it comes, Labour would need to win in some 90 constituencies that voted Tory in 2015 – assuming that we don’t lose some of our own seats to UKIP.

Instead of even getting close to this monumental goal, we’re heading in the other direction. In February a poll put Corbyn’s approval rating as follows: 72% by Labour members; 43% by Labour voters, and from the general public, 23%. A more recent set of figures put Corbyn’s approval rating after nine months at the second lowest of any opposition leader for 40 years – second only to Michael Foot. And most alarming is that of the people who voted for Labour in 2015, polls show that up to 29% would not do so again with Corbyn in charge.

This is the cold hard reality we face as a party. At the moment we seem to be sleepwalking through it all, unwilling to wake up. I’ve never heard so much wishful, hopeful thinking. Even in the stupendously unlikely scenario that Corbyn does stay on and there isn’t a general election until 2020, his success seems to hinge on our ability to usher in a seismic spiritual, democratic and intellectual shift in the collective mind of the British people, just in time for the election.

Which, based on the nine months since Corbyn took over, isn’t likely. In fact, since September, I can’t remember ever seeing the Tories looking so self-assured. Jeremy Hunt has survived the most serious dispute in the history of the NHS and emerged, smirking, as the longest-standing Health Secretary in history. He’s so confident in fact, that he’s thinking of standing as Tory party leader. Madness. A junior doctor I spoke to during the dispute told me at one point, “it would help if the government had a serious opposition”.

There’s been air of make-believe about the House of Commons since September. David Cameron’s barely flinched at Corbyn’s questions, even during so-called crises like the resignation of Iain Duncan Smith. And the less said about the Little Red Book moment the better. To say this breezy run through parliament has been a gift for the Conservatives is the mother of all understatements. If we’re not going to give the Tories even more space, to be even more hard-right, do even more damage to the people we purport to represent, the only solution now is a change of leader. One who wants to be Prime Minister.

It gives me absolutely zero pleasure to write this. In fact I feel deeply miserable to be doing so. But there’s far more at stake now than mere sentimentality. The Labour Party was founded in 1900, and at this rate, 2016 could be the year it is buried. A grim road has led us to an unthinkable junction: a choice between losing thousands of members and very likely the splitting up of the party in the event of a Corbyn leadership defeat, or losing hundreds of thousands, maybe millions of voters if he is victorious.

Either outcome is spectacular news for the Conservatives. The Corbynite legions are the Tories’ most important allies now, and the best guarantors of another four, maybe nine years of Conservative government. Rather than face up to the fact that Corbyn simply isn’t winning the public around, they choose to blame external factors. Rather than acknowledge that Corbyn has major issues with delivery and presentation, they lash out at their critics and blame the media for misrepresenting him.

Rather than blaming the leader for the lack of unity, they blame the people it’s in his job description to unify and lead. Rather than respect the views of concerned Labour members fearing electoral ruin, they simply disregard them and accuse them of being false lefties and traitors. Rather than listen to or assuage the concerns of MPs, they send a mob of activists round to barrack their constituency offices and censor them into silence. And every time these misguided analyses and misplaced counter-attacks are made, the Tories take a tighter grip on the keys to No. 10.

Yes, there are parts of the media out to get Corbyn. And yes, it’s a shame that so much of politics is about presentation and delivery rather than principle. But that’s political life. If any of this comes to a surprise to him or his advisors, he shouldn’t have been persuaded to stand for the leadership. Nor should those advisors be urging Corbyn to stay based on the platitude that it is he and his membership mandate vs 172 traitorous MPs. If you want to talk figures, Corbyn’s personal support is just over 250,000 members and £3 supporters; the mandate of the PLP derives from over 9 million voters who took some persuasion in 2015 and will need even more persuasion next time.

I’m getting a little bit sick of the suggestion that only the Corbynite wing cares about Labour and Labour values. Since I first became interested in Labour politics in my teens – since before so many of Corbyn’s supporters were born – I’ve wanted the Labour Party to be more left wing. I’ve always wanted a truly left-wing leader in charge, and now we’ve got one. But not the right one. The party’s job is clear now: to find a strong left-wing candidate with Corbyn’s principles and vision, who can competently sell the message to a wider electorate and lead the party.

I care deeply about Labour values, thank you very much. But I also know that to deliver them you need to be in power. In Corbyn we have a leader who would be far more content in permanent opposition, leading a legion of activists who would never engage in the process of government. I’ve also learnt that you can’t force change in an electorate; you have to appeal to voters with a convincing case and a plausible leader. The key problem is that with Corbyn we will never be able to sell the message beyond a tiny circle of increasingly hysterical evangelists. He hasn’t even convinced me that he even wants to be leader, let alone Prime Minister, so the idea that we can convince centre-left, even centre-right voters that he should be, is sheer dreamland.

The debate – if that’s what you can call it – has become so ugly, simple-minded and vindictive that to even hint at doubts about Corbyn on social media is likely to draw abuse and accusations of being a ‘Red Tory’, a piece of Blairite scum and presumed Iraq War enthusiast, and part of the hated Labour right. Since the EU referendum I’ve spoken to a good number of Labour voters, many of them members, who feel too intimidated to voice these doubts publicly or on social media for fear of a vitriolic backlash. The same type of backlash that Corbyn’s cronies have gladly unleashed against their own MPs. Precisely what kind of leadership allows activists to intimidate elected members of parliament and demonstrate outside their offices is frankly beyond me.

It’s so abject to watch it all happening, because with every crossed word and rancorous Tweet, another stitch comes out of the fabric of the Labour Party and the Tories move a step closer to almost total electoral victory. The line is that “we have our party back”. That building a movement takes time. That electoral defeat is nothing to fear – or as someone asked me on Twitter the other day, “should focus always be on winning?”.

If this attitude prevails all we will achieve is to ensure that we stay out of power almost indefinitely, and very likely split up the party in the process. We have a leader who can’t even convince himself he wants to be Prime Minister, let alone voters. And nobody seems to care. We really are through the looking glass now, people. We’re all mad here. 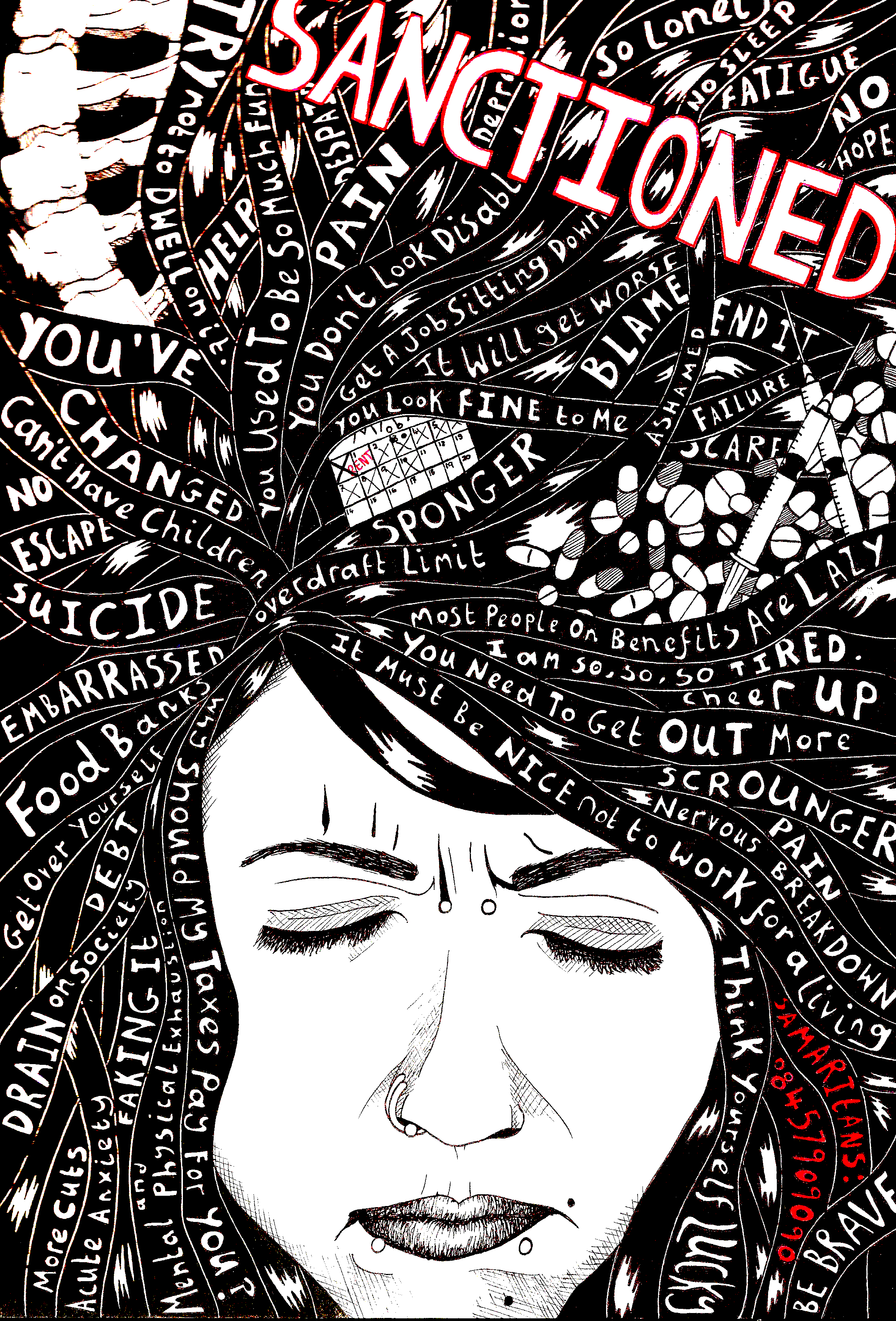 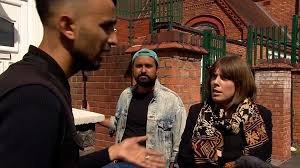