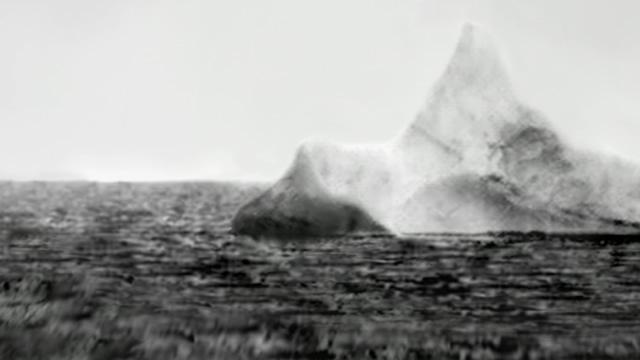 DRAUGHTSMEN, expert in floating architecture, sat in their drawing offices and prepared designs for the new great palace of the seas, that was to carry restless comfort-loving people from one world to another. An exquisite little model of the palace was made in wood, with the innumerable plates and rivets marked thereon, from which model, again, a score of detailed plans were made showing each section enlarged. All this employed the well-paid works of scores of clever people but all this was but a prelude to the real thing.

The real thing, after this relatively abstract preparation, was the concrete battle with resistant matter. Work of the disciplined hand was to follow labour of directing mind.

At once, with formidable din of ringing blow, you may imagine the workshops in the shipyard beginning to hammer upon the hints provided. An army of workmen, a colony of workshops, a population supported upon this! Frames and plates for the gigantic vessel’s sides, plates for the keel which must be “sighted” till its evenness is perfect, riveting of steel frame ribs, staying by cross-girders, a slow building up of the sides of the sea-monster. You see, then, a mighty scaffolding erected by regiments of carefully divided men, each section of them mastering each piece, as the unearthly forest of pine poles rears itself along the length of the building berth. Meanwhile, more men labouring with trained minds and obedient bodies, hour by hour, week by week, proceed with the making of the bulkhead divisions, the deck plates, the deck structures, each in its careful order and situation. Huge hydraulic gantries with electric power assist in the riveting and flattening. Thousands of pounds of electric power, thousands of pounds for the men employed (between three and four thousand of these), thousands of pounds in valuable matter expended, two years or so of unceasing toil in the slow creation of a vessel of many thousand tons – it all amounts at the end to something like a million and a half in money; if for the moment, you consider money as representative of worth.

And then the launching – the huge building slips, the floating crane, with its enormous pillars, the sense of wonder and triumph on that breezy day with a high tide when the Leviathan leaves workshop to receive her final touches – the bowels of her Vulcanic heat, followed by the dry dock finishings. Next – the inauguration, the proud display of her perfections. Now all is ready and the combined skill, the converging effort of an army of human beings, has results at last in this comfortable sea-home for those who buy their passages in it. A permanent population is appointed to live here, with the changing passengers ready to begin the voyage….

There is much in that warning of the philosophers about the grain of sand mightily influential as obstacle in the way of mechanism; or in their thoughts of human endeavour   wrecked by some little kink in the brain, some mote in the eye, some stone falling by chance, so that the very philosopher himself, who was to shatter worlds by his speculation, now lies ashes and nothingness. For Nature, in her careless manner, steps in and makes the time and the labour, the constant effort of the many intelligences, void and helpless before a piece of herself, a futile iceberg, left floating in the monster’s way. In once second, by a mere touch of this Nature, our stepmother, the striving of an army of men is turned to mockery. The Titanic has met an iceberg on her maiden voyage overseas.