Ay up me Dutch!

I took a trip to Amsterdam in search of an old ale house with a mysterious connection to my home town – and my local pub. Written for Nottingham cultural bible LeftLion

A fascinating trip to Belfast, taking in the Titanic museum, a black-cab tour of the flashpoints of ‘the troubles’, and a lively tour of the city’s many wonderful pubs and bars.

In September I spent a blissful few days in Bordeaux, exploring this gorgeous town by myself with a notebook and camera in hand. Here’s the article I wrote for TNT Magazine

A tour of the winding streets of Liverpool’s Cavern Quarter, the hip arty Baltic Triangle and the many bars that add to this unique city’s buzz. Here’s my article for TNT.

An opinion piece asking what travelling is all about – is it where you’re going or what you’re leaving behind?

‘On Tour With The Jezabels’

Travelling with a difference – with a band – was a unique way to see Spain & Portugal. I caught up with Australian indie band The Jezabels towards the end of their European tour, sleeping on the coach with them and drinking the roadie’s whisky late into the night…I wrote it up for TNT magazine

I wrote a brief summary of the European leg of my big trip from London to Vietnam by rail for Rail Europe, the major rail operator which sponsored me for part of the way. You can read this, here

‘10 Tips for the Lone Traveller’

In Summer 2012 I took a major trip from London to Vietnam…by rail. It was a superb adventure which I wrote up in a series of blogs for the Huffington Post.

The trip took me from London through Paris, Brussels, Berlin, Warsaw, Moscow and then on the Trans Siberian Railway and Trans Mongolia Railway through Siberia, Mongolia, China and finally, my favourite place on earth, Vietnam. Too much to talk about here, but it’s all in my blogs, written mainly while half-asleep on some train journey through the night, somewhere in the world.

We Blog the World 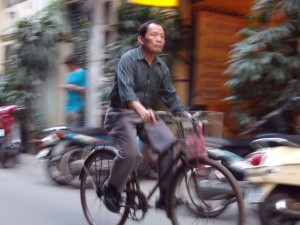 I have written a number of articles for We Blog the World, including a piece in October 2012 called ‘Culinary Adventures on the Trans Siberian Foodway’, about the weird and wonderful food I ate on the trip from London to Vietnam by rail.

In February and March 2010 I wrote extensively on a trip to South East Asia, keeping a journal of my travels which took two months and covered Vietnam Cambodia and Thailand. You can find extracts of this trip at the following links. Stories from Vietnam and Cambodia have been published on the ‘We Blog the World’ travel website, here.

I have also worked on travel projects with freelance writer Matt Carroll. The first of these was a new cycling guide book for England, which was published in Spring 2011.

This involved assisting in the research and writing of the book, planning new routes, finding interesting and unusual stop-offs for each trail, sourcing local hotels, restaurants and pubs, and writing features for the book.

I also worked with Matt on a major overhaul of the Visit England website. This meant carrying out extensive research and writing mini features about numerous destinations around England.

I am available for similar projects, or more extensive travel features. Please feel free to contact me on ben@benedictcooper.co.uk