In June and July I took my biggest trip to date, a 10,000 mile adventure from London to Vietnam entirely by train. 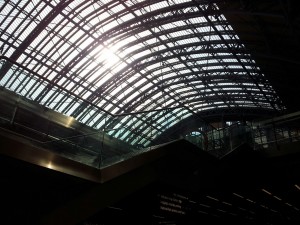 In two months of intense travelling I went through Paris, Brussels, Bremen, Berlin, Poznan, Warsaw, Vilnius, St Petersburg and then Moscow. From there I boarded the Trans Siberian Railway, through Yekaterinburg, Irkutsk, Ulan-Ude and on into Ulan Bator, Mongolia. All that was left from there was Beijing, Guilin in Southern China, and finally the last big stretch was Hanoi, the capital of Vietnam.

While I was travelling I wrote all the time; notes, thoughts, stories and dramas. A portion of these writings appeard in the form of a series of blogs for major US online-newspaper the Huffington Post, which has a global following of some 80 million users a month. The series was called ‘Track Records’.

These articles can be found by following the links below, starting with a very nervous and excited me sitting at St Pancras about to embark on the journey….

From here I took the Eurostar into France, for a night of music and dancing in Paris, at the magical Fête de la Musique

I was already slightly jaded after a big night in Paris, but the next morning I was on the tracks again, this time headed for Brussels. For a city not known for its party arty culture, it was a real eye-opener as I walked around the trendy streets and bars just taking it all in. 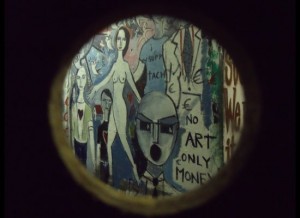 After Brussels, it was on into Germany where I headed east, into the magnificent Berlin. It was my first time to the German capital, which is buzzing with alternative art, funky bars, hip fashion and an astonishing wealth of history, but something tells me it won’t be my last.

I was sad to leave Berlin, but Poland, Russia, Siberia and beyond were calling my name. Next stop, Poznan in Poland. It might not be the most celebrity of cities, but as I found out to my joy, it’s a very happening, quirky place with lots of surprises.

Another day, another journey, into Warsaw, a city almost entirely destroyed in WWII but is now a thriving modern hub buzzing with sights and sounds. My article from Warsaw focussed on the Praga area of the city, almost an entirely seperate town on the other side of the river, and by far the unsung gem of the capital, in my opinion. 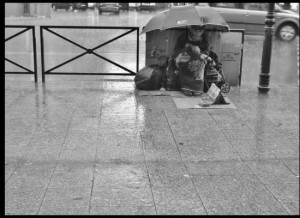 The next leg was a tricky one. Getting to Moscow from Warsaw might not look like a big one, but there is no easy way to do it, as I found to my cost. Not helped by the drunken Lithuanian who insisted we drink the best part of a bottle of Jack Daniels on the way into Russia. But I was quite happy to wake up with a pair of big sparkling blue eyes looking down at me in St Petersburg.

I might have got round that little hiccup, but it was hardly a walk in the park when I did make it to Moscow. It’s a huge, gritty place where nothing’s easy, but everything is fascinating. 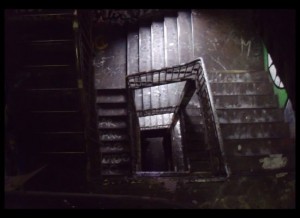 After an emotional 48 hours in Moscow I got my first taste of a unique travel experience, an adventure within an adventure, the Trans Siberian Railway. The first leg of this magic journey was to Yekaterinburg, a rough tough Siberian city with hidden charms.

Travelling is wonderful, but it’s not always a breeze. And after a very short but sweet spell in Irkutsk I was heading into Mongolia, where I found myself feelling a little blue. It’s ok, the story ends nicely. And Mongolia itself was wonderful. I arrived in the capital Ulan Bator just before the biggest event in the Mongolian calendar, Nadaam, a three day bonanzs of wrestling, horse riding, anklebone shooting and other delightfully bizarre activities.

Two nights in Mongolia was followed by another epic journey, across the Chinese border and on towards Beijing. It was another new country to me, and Beijing was another overwhelming new city to explore. It’s a wonderful place, with lots and lots to see and do, but my blog focuses on two of them , a quirky art district in the north of the city and the ancient Hutongs, a people-watcher’s paradise.

And finally, sadly I boarded the last train of thr trip, from Guilin in the South of China across the Vietnamese border to the capital Hanoi, my favourite city in the world. It’s such a phenomenon, a staggering, exciting, stressful place that I still can’t quite explain. 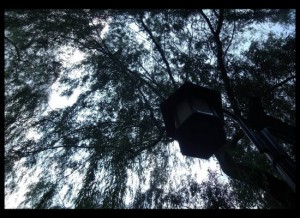