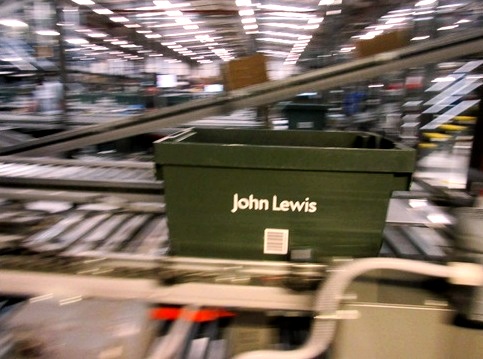 I regularly write news and features for top fashion industry magazine Drapers. This entails covering all aspects of fashion, from the quirky independents to the major high street chains. A recent example of my work is this feature, ‘Business as usual?’ which appeared just after the Scottish referendum. I visited Edinburgh on the day of the vote and spent the next day talking to indie store owners.

My latest project, began in January 2012, is for SMS technology community site, 160Characters. This involves researching and writing regular news stories and features for the site, which covers all aspects of the SMS industry and is viewed by thousands of key individuals and companies. Examples of my work can be found here.

I was taken on to cover the property section at Retail Week, owned by Emap. In this busy and demanding role I produced a large volume of news stories each week both in print and for the website, as well as a weekly in-depth feature. One example of my work – a feature on low-cost marketing techniques (I later also wrote more general features) can be found at the following link…  RW low cost marketing feature.

I have also continued to freelance for Retail Week on a regular basis – for my most recent feature, on the effect of ecommerce on the retail warehousing market, published in November 2011, click here Retail Week – Retail Warehousing Supplement.

Another example of a piece for Retail Week was for a property supplement which ran in September 2011, on retailing in a multichannel world, called The Rebirth of the Store, and this piece on the London retail market, in a February 2012 property supplement.

I wrote a great many stories on all aspects of retail property news. Many of these were exclusive stories which were broken by Retail Week and picked up in other national and local newspapers, including this story on TK Maxx being refused a place on Regent Street for not meeting its owners’ very high standards, which appeared in The Evening Standard and The London Lite.

My features covered a range of key topics relevant to retailers, property professionals, landlords and others. The following is a link to a pdf. version of one of them, entitled ‘The new ghost towns on uk high streets’ which sums up many of the topics I covered regularly.

I also wrote a weekly column which appeared in a an email newsletter to around 10,000 subscribers.

A list of the articles I wrote at Retail Week by headlines can be found here.

I worked a few desk shifts at leading b2b title The Grocer in 2011, covering general news from the supermarket and food & drink supplier industries. I wrote a number of articles during this period, including this story on Waitrose bonus payouts and a feature on age-restricted products.