You can feel the energy around you change as you approach London. It’s something in the atmosphere; the pressure rises and the speed increases as though you were approaching some great vortex. 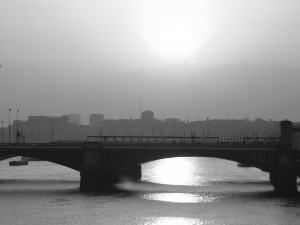 The view out of the window of the train becomes busier, harder, greyer, denser. The eyes have less space to see out to and more details to focus on.

Perhaps it’s just nerves. It’s a journey I’ve taken too many times to count but more often than not there’s some big reason to be going back to the city I lived in for four years, the place where my career began.

Usually it’s a bit of work that’s plucked me from the forgiving easiness of Nottingham straight into the epicentre. A busy office, an important meeting, an event or gathering that needs me to hit the ground already in top gear. It’s familiar but so are the jitters.

But even with the most laid back of trips the same atmospheric change occurs. It’s undetectable when you’re always there, but coming in to London it’s potent.

From miles away the gravity begins to suck you and the train in, speeding up the energy around it, scattering away the gentle little thoughts that swirled calmly for the best part of the journey like tiny particles in the cloud around your mind.

As you get closer the carriage fills up. More passengers take their places all around you with determination. From the outer strata more faces join the procession of ambitious chancers and tired commuters, all hoping to take their share of the winnings. 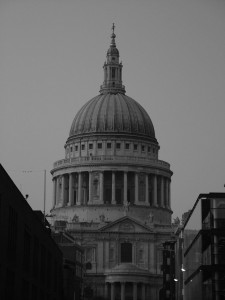 The journey to the main nerve can change the thought process entirely. London never feels quite the same as your imagination tells you it will.

Sometimes it’s easier, lighter, more inviting, as though it was lying in wait just for you, ready to open up and gently tug you by the hand through a wild and breezy dream.

But on another day stepping off the train can thump you quickly into a harsh, hasty reality. All the plans you carefully made seem feeble and small compared to the cruel truth you’ve stepped down on to.

The thoughts that seemed so original and the tactics that were bullet proof quickly unravel. The scale and force of the vortex can make you feel small and inadequate as you enter it, hopelessly unprepared.

London isn’t a city, it’s a mental arena. Your worst vices and most shameful weaknesses battle with your best and strongest qualities. It can sap all the fight from you or lift you onto its shoulders, a deadly champion.