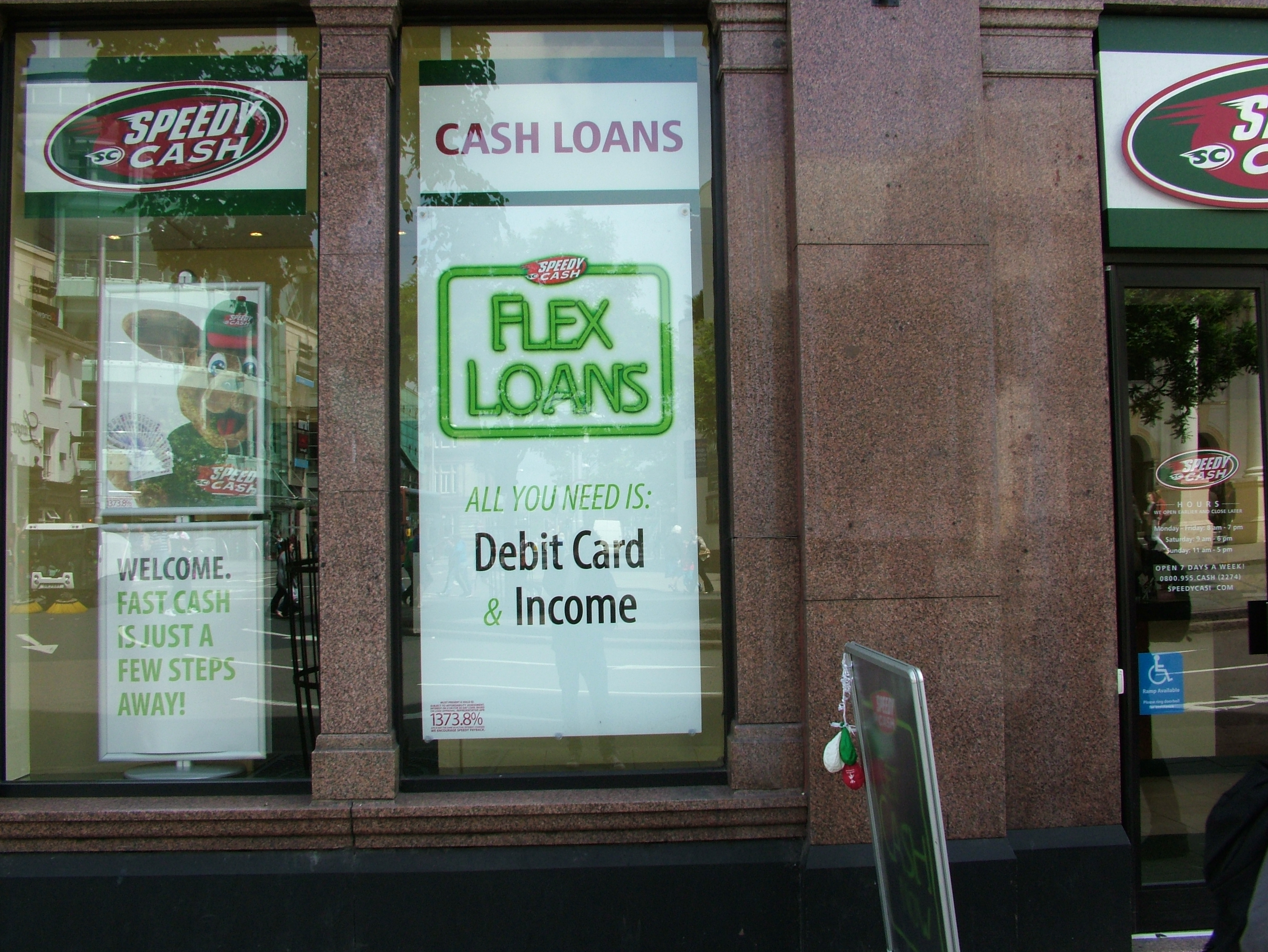 WHEN DANNY took out his first payday loan he had no idea what a terrible cycle he had just stepped into. A cycle that would see him make repeated suicide attempts as he got deeper and deeper into debt and found himself eventually struggling with a sickening 30 different loans at once.

Danny is no stranger to suffering. Growing up family life was so dangerous that at the age of 12 he was taken into care, and placed in the tough new environment of a boy’s care home.

“I had nobody there to support me,” he tells me. “I didn’t have much family support. It was me on my own fighting the world”.

When he came out of the care system, at the age of 17, and was placed into his own accommodation, Danny was left to manage almost single-handed.

It wasn’t long before the bills came flying in and, floundering, he ran out of options.

“At one point I didn’t have any money; I was out in the high street and had people coming up to me in the street asking if I needed cash. They targeted me because I was a vulnerable person.

Helpless, he started borrowing more money just to pay the interest on the first one. It’s become known as ‘rollover borrowing’ and is how, alarmingly quickly, people find themselves swamped by multiple loans and a seemingly infinite cycle of payments, repayments and fast-mounting interest.

At his lowest point, earlier this year, Danny had 30 different loans. Facing the abyss and with nobody to turn to, life became harder and harder for him to face.

Now at just 20 he seems far too young to have so much stress and strain already behind him. Talking to him in Nottingham’s Market Square I sense the tension in his eyes as he nervously relives those dark days when he felt he couldn’t go on, just a few months ago.

He says: “I felt like I was alone and there was no one listening. I felt worthless like I shouldn’t be here. I tried suicide several times. This was ongoing until March, and the last time I tried to commit suicide was in March”.

While Danny’s case is distressing, he is certainly not alone. Stella Howard, who supervises debt services at Nottingham’s Citizens Advice Bureau (CAB), says that more and more people are finding themselves desperately locked in the same cycle Danny was facing.

CAB is one of the few places people can go to get advice and counselling when they get into debt. The team will talk to clients about their own situations and step in to draw up a plan for managing the loan, including contacting the lenders to secure better terms where possible with affordable offers of payment.

Many argue that the real cause of the problem is a lack of action from Westminster. Elsewhere in the world payday lenders are either forced or have willingly signed up to regulations and codes protecting their customers.

She says: “There’s no interest rate cap in the UK, there’s no definition of extortionate interest. The use of payday loans is on the increase but the lenders are often not complying with regulations. I think it depends on what central government does to regulate it. If not the companies will keep getting away with it”.

Legislation does exist to regulate the lending market, but many argue that it is too easily sidestepped. A report from the Office of Fair Trading (OFT) in March this year said that there was evidence of “widespread non-compliance with the Consumer Credit Act” among companies lending irresponsibly, with impunity.

The report pointed out that while companies claim to only lend to people who can afford to borrow, this is often just lip service. The evidence uncovered by the OFT – which itself has been criticised for failing to properly police the situation – speaks volumes.

It found that some 50% of all the lenders’ income comes from the rollover loans or loans have been refinanced at least once, which make up 28% of the debts on their books. The report also said that the affordability assessments which lenders are meant to carry out are not being done properly – just as Danny experienced to his cost.

Which is exactly the message of the Just Money campaign. Through a range of activities by Citizens UK and a number of faith organisations, charities and schools around the country, pressure is being piled on both the lenders and central government to reform the system and bring it in line with most other developed countries in the world.

In Nottingham one of the key players is the Reverend Paul Worsnop, who as well as being a Methodist Minister is also director of risk and management at Nottingham Credit Union. He, along with many others including the Christian Centre’s Luke Goss, is opening up the lines of communication with Nottingham-based lender The Money Shop and its parent company in Canada which, he explains, actually acts far more responsibly at home than it does in the UK.

He says: “It’s just crazy. The Money Shop is part of this Global financial organisation. In Canada they abide by the industry code of lending that the Canadian payday loan companies adopt, but they don’t adopt it in this country.

“Codes that cover things like rollover loans – that’s how the interest rates ratchet up. It doesn’t sound like a lot but when you work it out you’re talking thousands of percent”.

There is a happy ending to Danny’s story, albeit a complicated one. He was picked up by Christians Against Poverty which through its debt counselling services intervened to get him out of the awful spiral he was in. But for every story like his there are many more people overwhelmed and desperate, fighting losing battles against their debt.

As austerity bites deeper and deeper, the most vulnerable people are facing bleaker futures at a time when organisations like the CAB and other providers of debt and welfare benefit provision in Nottingham are actually seeing funding cut due to government reforms of the Legal Aid system.

Tightening the purse strings of public spending reduces the national deficit, but not need among the poorest people, and payday lenders have stepped in to the void to take full advantage.

Millions are being shuffled off the public books and into the perilous world of under-regulated personal debt. With years more cuts due real protection for the vulnerable looks some way off yet.