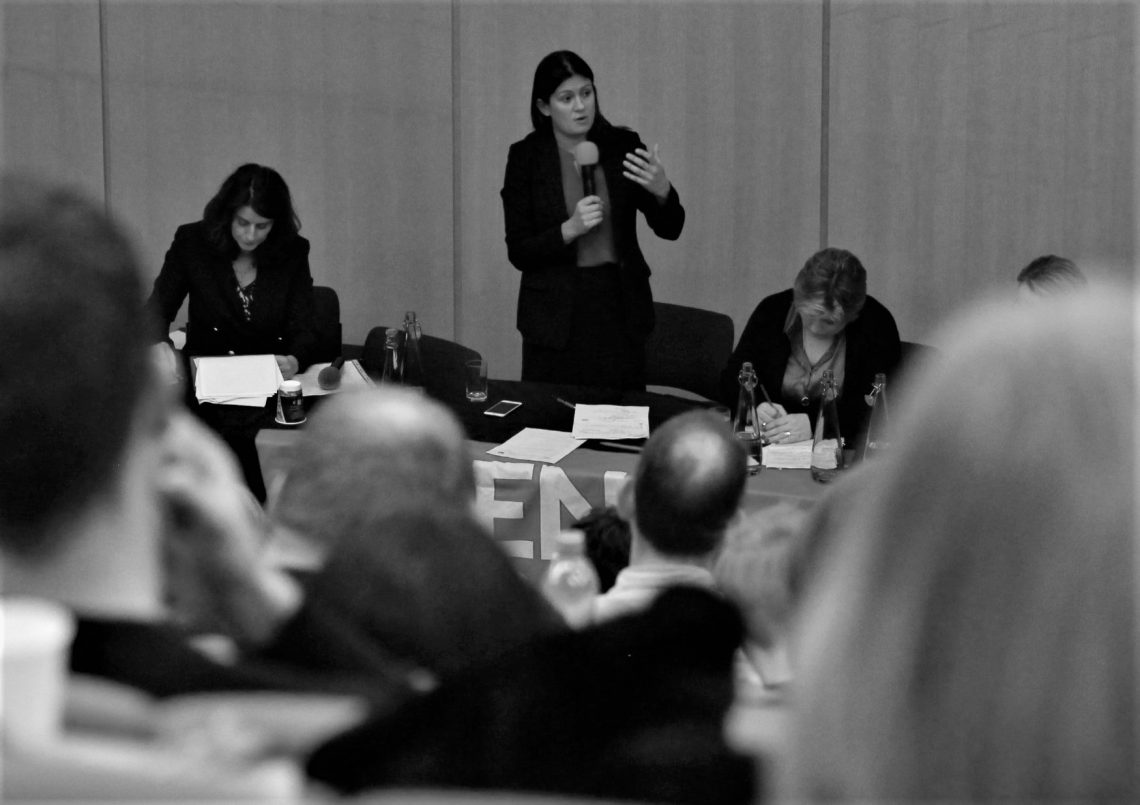 A report from the Labour leadership hustings held by Open Labour in January 2020, originally posted on Byline Times.

There was a conspicuous lack of discord and disharmony at the Labour leadership and deputy leadership hustings in Nottingham.

For the past four years, gatherings of Labour members have tended towards the truculent wherever debate is involved. Or, when Jeremy Corbyn has been present, they have been love-ins; orthodoxies of uncritical faith and untempered affection.

There was, of course, some liveliness. It is hard to bring a number of Labour members together without hearing that accusations of anti-Semitism against the leadership were “illegitimate” spurious “smears” against Jeremy Corbyn – up to and including those made by “that Rabbi”, as one member put it.

But, for once, these voices were in the minority. On the whole, this was an audience that felt anxious to avoid the rankling that has dogged the party for months and wanted to focus on the future.

The event was hosted by Open Labour, which the host, Guardian journalist Rachel Shabi, called the “non-factional” and “Why can’t we all get along?” faction. While it might have lacked the heat of a Momentum-led gathering, the hustings managed to generate considerably more light, objective balance and self-scrutiny.

Conversations in which all three leadership candidates present – Keir Starmer being unable to attend for family reasons – excelled at various times.

The Corbynites’ preferred candidate Rebecca Long-Bailey is in the tricky position of being arguably the most implicated in the party’s performance in the 2019 General Election, while having to make as much of a continuity break with the old order as she dare.

She was forceful, often convincing, and well-received on key issues such as the need to rebut the idea that immigration has a depressive effect on wages, the Green New Deal, public transport and infrastructure investment, and the need for a “democratic revolution” with more devolution to the regions.

Had this been another gathering, Long-Bailey might have expected prolonged applause for other lines that came straight out of the Corbynite playbook. As it was, there was a notably cooler reaction from the audience than she might have become used to.

Unlikely to win – using the hustings itself to drum up support for the constituency Labour Party nominations she needs to even get on the ballot – Emily Thornberry nonetheless offered the audience a blend of wit, ebullience and swagger. At times she sounded like a candidate with nothing to lose, revelling in the opportunity to speak freely for a change – not least on the topic of how to fight the SNP. Thornberry paused, sighed, shook her head and dramatically declared, almost under her breath, “I hate the SNP”, before launching – to whoops and cheers – into a brutal attack of the party that has beaten Labour down to one constituency in Scotland. Rousing stuff.

But, it was Lisa Nandy, the outsider gaining ground, who won the debate hands-down according to an audience poll in the hall. It was an atmosphere auspicious to Nandy’s style of intelligent, considered, unassuming, at times slightly innocuous, conciliation.

And she played it well, citing highlights from a strong CV, including being able to say that, as shadow Energy Secretary, she “was calling for a green industrial revolution five years ago”; attacking Labour’s recent tendency of “looking inwards and turning on ourselves” and, perhaps in a veiled swipe at Momentum which has sought to deselect key party figures, saying “our job is to get rid of Tory MPs not Labour ones”.

Without the current front-runner Keir Starmer on the panel, the debate lacked a cutting edge at times. (The deputy leadership hustings was more free-wheeling, the talking point being the surprise candidate Ian Murray, whose star is definitely on the rise). But that might be just fine for Labour members fed up of the belligerence that was thankfully absent from the proceedings.

Rebecca Long-Bailey might have received a cool, though certainly not hostile response, at this event but she still has a huge level of support among the still largely Corbynite membership, and now the backing of the union Unite. Conversely, Nandy, who won this particular battle and has GMB on her side, is still some way behind.

In a debate marked by an uncharacteristic degree of consensus and calm, which seemed to signal some internal détente, there was plenty for moderate Labour members to be hopeful about, particularly supporters of Lisa Nandy. Whether the mainly Corbynite membership has got the message about the outbreak of peace is another question entirely.