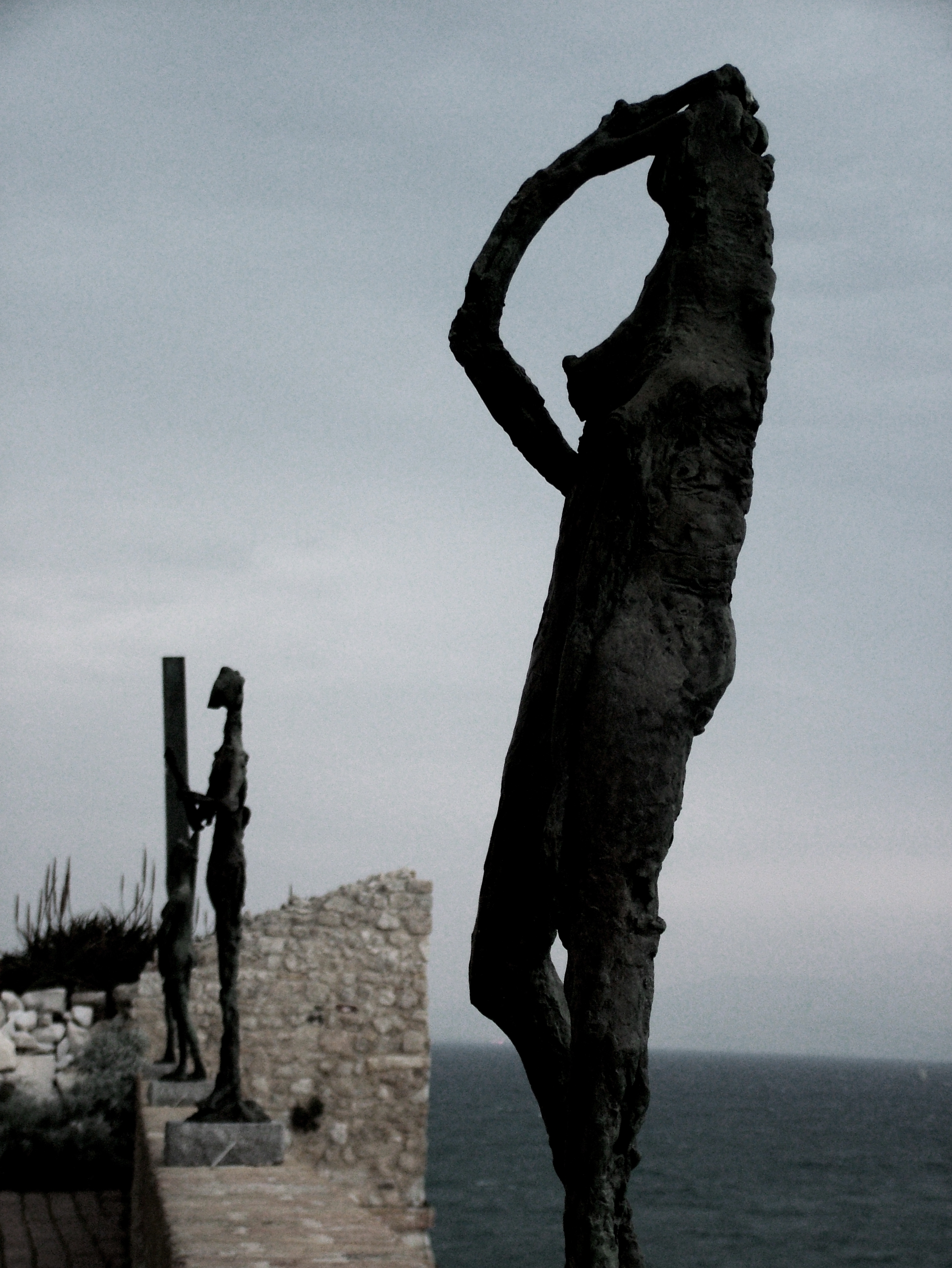 It’s the schizophrenic nature of my existence as a freelance journalist that I find myself one day covering the world’s largest real estate exhibition in Cannes, the next walking along the ancient stone walls of Antibes, only 12 minutes away by chugger train but in an utterly different world.

I had arrived filled with a sort of neurotic momentum. That forced pace that always builds up during a week of tearing around the miles of temporarily-carpeted drags between the row upon row of neon stands of the Palais des Festivales in Cannes.

But the further I walked through the still stones and flowered walls of Antibes, the slower I walked. My frequency changed. I could physically feel my muscles and my mind untangle with every step I took through the Old Town. With tired eyes I took in all the new colours and gentle light from the bouquets and ornaments that twinkle on the pale beige walls and wooden doors along the narrow rues and alleyways.

After a little while I turned some little corner, somewhere around the Musee Picasso, and found myself face-to-face with a Spitfire-grey Mediterranean Sea. I’d allowed myself a few glances out over the previous six days, but somehow between the masts of multi-million Pound yachts dolled-up with corporate banners, and an ocean of ruddy-cheeked middle-aged men in suits braying to each other over the sound of Euro-pop, the Mediterranean doesn’t seem quite so idyllic, or natural even.

This time it felt much more real. I sat on the rough stone wall, the tricolore fluttering like a drying bed sheet high on the tower above me, breathed deeply, and stared out at the hazy pale grey clouds suspended in parallel over the water. The covering blocked out the best of the sunlight, but it also acted as a filter, casting the whole scene in a strange ecru. It was a wonderful new palette, a wholly organic scene after the synthesised environment and corporate jargon of the week I’d had.

Sitting on the ancient battlements, you find yourself staring out at the same big sea that centuries of travellers and traders have looked out on, perhaps also enjoying a moment of respite, from their own stresses and strains. Originally part of the Greek empire when it was known as Antipolis, Antibes was a key port for the Romans who annexed it in 43BC and established the city as one of the major ports into Gaul. For the traveller today, all roads lead to the Old Town. It has some gorgeous squares, the type that could only be French – especially the Place Nationale with the Theatre Antibea nooked in its north east corner – to sit and sip a little coffee and take in the gentle civilised atmosphere. From here, along the Rue Georges Clemencau, up to the Hotel de Ville, the Marché Provençal, the Cathédral Notre Dame and of course the old walls and battlements around the Musee Picasso, it’s all just so idyllic and peaceful.

The city has its more industrial, downright dull parts too of course – it’s not just a tourist haven despite the fact that every other word you hear in the Old Town seems to be some sort of derivative of English. There’s a big British ex-pat community which has found a strange home-from-home down by the port on the Boulevard d’Aguillon, in a tacky but fun strip of bars with TV screens, pints and bands playing covers late into the night. For a slightly less Anglophile night out though, there are plenty of bar options and some top quality restaurants, and you have to check out the famous Absinthe Bar just off the market. It’s a feisty underground grotto where the whole crowd joins in with sing-alongs around the old piano, sipping green 72% proof potions that draw you deeper in to the mood.

It was a strange time to be in that part of the world. Cote D’Azur or not, any seaside town on a cold, grey, wet Spring weekend is a little forlorn to say the least. On the Saturday afternoon I walked round to Juan les Pines, Antibes’ neighbour without so much as a fence or a map-line to say where one ends and the other begins. Where Antibes at least has its art galleries, bars, clothes shops and museums, Juan les Pines is totally given over to the summertime, and on a day like that, with only a few windswept locals to be seen, it felt positively barren. But it had a strange tacky retro allure about it, without the hoards of wealthy tourists filling the casinos and hotels. The pale grey of the sky tinted the whole thing in a magical rustic light, and only emphasised the beauty of the sea and the mountains that look down on the bay.

All I’d done was stroll around, hop over an interdit sign to get a bit further out along a pier and take some pictures with a solitary raven grawking away on the dry old rickety wood structure next to me, but already I was thinking about heading back to the relatively lively streets of Antibes. I sat and had a little coffee on the patio of a cafe, presumably glorious when the summer sun burns down on sunglass-wearing holiday makers but now sheltered by a plastic covering that might not have looked out of place on a North Wales caravan park.

The direct walk over had been quick but dull, and I wondered whether a hike around the coast might have been a bit more of an enjoyable a way to head home. It was possible, said the waiter, ‘mais c’est une bonne heure’. So with the zeal of a mad dog/Englishmen, I set off round the coast. Joggers trudged past me, some only going marginally faster than me, as I scrambled over rocks or along the coast road, clicking away with my camera. Somewhere around the cape, the path stopped and I was forced to go inland, up into the hills of the Cap D’Antibes. By this point there was only a whisper of light in the sky, and by the time I’d reached the heights, deep into F Scott Fitzgerald’s Tender is the Night country, it was pitch black.

The further I went the more astoundingly huge the mansions became. Where once somewhere within these trees Fitzgerald himself held the sort of wild parties here that Jay Gatsby would have been proud to stand and watch over, now the night is tired by Hollywood big-hitters and Russia tycoons, the sort I’d left behind just around the bay. It was strange to be here out-of-season, a bit like (I imagine) walking around Harrods before it opens. But it was a suitably eerie and exciting trek, alone through the pitch black hills and all but deserted playground of the silly-rich, an imposter, walking slowly. The waiter was right; it was a tres bonne heure.