Preparing to run a blogging workshop for a group of media students in December, I was gifted a news story for us to get stuck into. Donald Trump had just retweeted those Britain First videos: a comment writer’s bread-and-butter.

For potential angles for a piece, I told the group, the possibilities were endless: whether it was presidential behaviour to be tweeting anything at all, let alone the postings of a known far-right organisation; how social media was impacting political discourse; the pernicious right-wing agenda. And, I added, it posed the question, what the hell is going on this world where gay men are being thrown off rooftops by religious fascists?

Quick as a flash one of the students who’d been gawping at her phone, half-conscious of my presence, jumped in.

“But white men kill gay people as well!” she snapped.

“Umm….yes,” I replied, a little baffled.

I decided to leave it there. The conversation that loomed had futile written all over it. Lots of conversations do these days. Lots of ‘arguments’ are in the same intellectual league as, “But white men kill gay people as well”. It’s standard practice on social media; this felt like being tweeted in person.

Of course twitter has a lot to do with it. But something else has changed. The whole function and form of discourse has changed. Opinions are no longer put forward from one person to another – they are scrawled on a note stabbed furiously to the chest. Compromise isn‘t something to be aspired to (remember when we used to talk about dialectics and Marxism in the same breath?), it is something shameful to be avoided at all costs.

We don’t engage and challenge; we stonewall, and no-platform.

But on what grounds? And with what authority? There are extremely important conversations to be had in 2018. Life is complex, confusing, changing, exciting, fragmenting. Rightly we are questioning the entire basis of our own understanding of sex, gender, identity, class, capitalism, internationalism, materialism. Radical new agendas emerge while old, yet-unsettled scores are still fought over. It’s good. It’s progress.

It’s just such a shame we can’t actually have those conversations. Policed by self-appointed arbiters of righteousness, debates have become so “vicious, vulgar and threatening”, as Jenni Murray described the “deep and dangerous waters” of the transgender conversation, that diversity of thought and critical objectivity are not only discouraged, they are furiously punished.

You think there should be a limit on immigration? You’re a racist. You voted Brexit? You’re a xenophobe. You want to recognise the new definition of anti-Semitism? You’re a fascist and a Zionist stooge. You’re a lesbian but you’re not sexually attracted to a transgender woman with a penis? You’re a bigot and a terf. Your sexual feelings don’t count because you’re wrong, and we’re right. We’re going to no-platform you and shame you online because you’re wrong and we’re right.

This is not debate. This is bigotry. These are not engaged minds. These are closed systems of thought.

Within the Labour party this translates as: ‘We’re going to deselect you because you’re wrong and we’re right.’ (All aboard the deselection express!) And who’s in the firing line? In reality, any MP who isn’t ‘on board’ with Jeremy Corbyn. But it is sold that those MPs are guilty of the vilest offence in modern left-wing politics: being a ‘centrist’. It’s become a dirty word, a contrived rebranding of ‘moderate’ designed for maximum smear-factor. It’s also become one of the most ignorant clichés in the modern political dictionary.

The Momentum faction does not have a monopoly on left-wing sentiment. It is not the case that if you aren’t in favour of a takeover by the group you are on the ‘right’. I assure you, there are plenty who are furious about the insidious effects of austerity, the outsourcing culture, the underfunding of the NHS, and the shameful permissiveness of the tax system, and they aren’t all wearing Momentum t-shirts.

But this isn’t an argument about ideology. It’s about party democracy, and freedom of thought. A new orthodoxy is setting in and being established administratively in the politburo of the Labour party. With the election last week of Momentum founder and Chairman Jon Lansman to the National Executive Committee (NEC), the organisation has taken a big step towards total control of the Labour Party and the system of thought within. Or as Lansman put it, “I am pleased with the new spirit of unity that we saw on the NEC this week”.

Expect the purge to pick up pace now. The day after the result, left-wing veteran Ann Black was ousted from her role as Chair of the Disputes Committee, replaced by Momentum director Christine Shawcroft, on the grounds of loyalty not ideology. This will be followed by more re-designations in the following weeks, on the way to total control of national executive activity.

The argument that this is all in the cause of carrying out the wishes of the members who elected Corbyn can’t be ducked. Taken one way, it’s perfectly valid. If you believe that these really are the sole intentions of Lansman, and the Momentum steering and national committees.

There is at least one case to be made that the party membership isn’t always being represented, and it happens to be over the biggest issue of the day. 87% of Labour party members want the UK to remain in the European Single Market, while 78% would like to see a second referendum held. Jeremy Corbyn, Seamus Milne, and an elite few don’t want either, so party policy is that we’re not.

Far from being represented on this issue, Labour remainers are becoming the great silenced majority. Willingly in most cases: Corbyn and Milne know that most of the 2015/16 membership intake would die before they criticised the leader, and are leveraging this to work towards their own version of Brexit. Corbynite members would rather jettison single-market membership, even a chance to reverse Brexit, than speak up against the leader, and he knows it.

Even expressing reservations about the new status quo can be costly, and intimidating, and extract grovelling apologies from those caught dissenting. (“I wasn’t a bit wrong, or slightly wrong, or mostly wrong, but totally wrong,” pleaded Owen Jones the day after the election last year, well aware he was facing the death squads for his prior doubts about the Leader.)

To understand what’s happening nationally you need to know what’s going on locally. Paul Mason welcomed the fact that the NEC vote means a threat “hanging over every MP that they could get deselected if they don’t do their job properly”. All over the country, plans are in place to make sure this is more than just a threat.

But who decides who’s not doing their job properly? On what grounds and with what mandate? In every constituency where the MP has been deemed a centrist traitor, Momentum slates have been organised to take over local executive committees – the people who will ultimately decide who gets deselected. Usually it’s only half a dozen or so people actually pulling the strings locally.

My own MP Chris Leslie is on the deselection hit-list. That Leslie is one of the MPs not “doing their job properly” is a subjective judgement call, especially considering his majority went up by 16.9% in 2017. It’s very shaky and extremely undemocratic grounds for half a dozen people to simply remove him by mobilising a tiny few against him on the basis that we’re right you’re wrong.

Local division over this has been devastating to the CLP. The polarising presence of Momentum has created new dividing lines and segregated members who have for years fought side-by-side. As one party friend of mine put it, “This used to be a fun CLP. We used to disagree in meetings but we would go to the pub together and sort things out later, we’d have a laugh. Now people just feel intimidated.”

The Labour Party is becoming a closed system of thought. We have mass membership, yes, but fewer and fewer people are pulling the strings. Local communities of Labour members have been broken up and divided, and officers with records of Labour activism going back 30 or 40 years have simply been elbowed off committees.

A narrowing spectrum of opinion makes a party weaker. Intimidation and authoritarianism only serve to stifle thought and only benefit a few bullies. And how many times do we have to learn that centralising power in the hands of too few never works out well? This is serious. We are jeopardising our own ideals, and objectives. I fear the closed system of thought at the top of the Labour Party either doesn’t see it, or doesn’t much care.

How can retailers generate revenue from Snapchat? 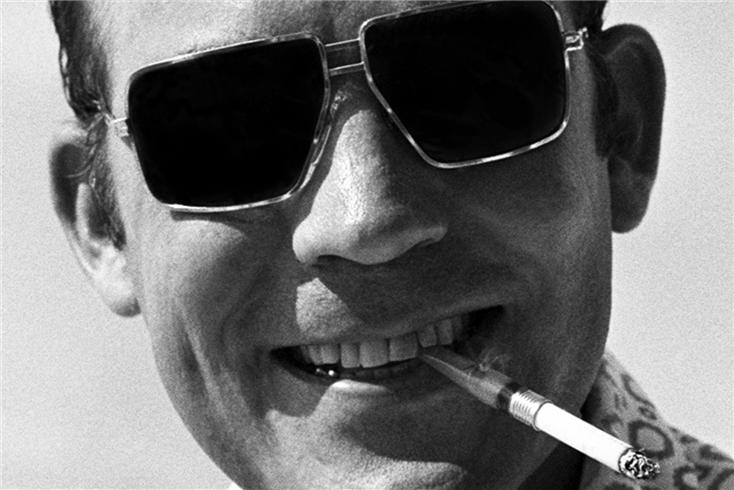 “I have never seen much point…